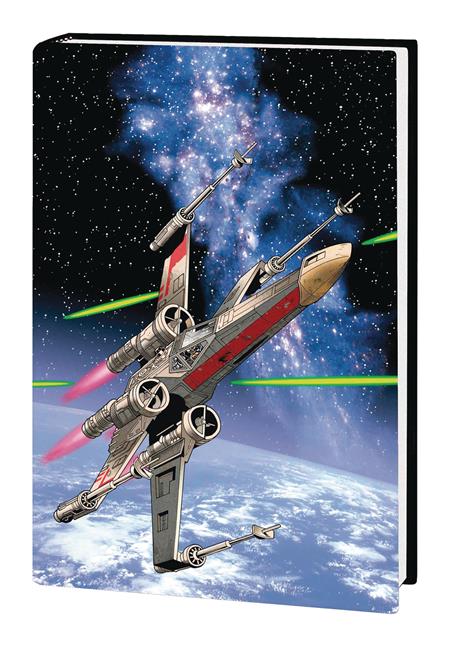 In the wake of Return of the Jedi, the Emperor has been defeated! But the nascent New Republic still has enemies, and that's where X-Wing Rogue Squadron comes in! Led by Wedge Antilles, the galaxy's greatest pilots will take on all threats. Dogfights, assassination attempts, political intrigue - it's all in a day's work! Meanwhile, Palpatine's top assassin, Mara Jade, must complete her final mission - or die trying! And the human-replica droid Guri ponders her destiny - and the secrets buried in her programming - in a gripping sequel to SHADOWS OF THE EMPIRE! Don't miss these classic Star Wars tales, penned by some of the franchise's bestselling authors! Collecting STAR WARS: MARA JADE - BY THE EMPEROR'S HAND #0-6; STAR WARS: SHADOWS OF THE EMPIRE - EVOLUTION #1-5; STAR WARS: X-WING ROGUE LEADER #1-3; STAR WARS: X-WING ROGUE SQUADRON #1-35 and SPECIAL; STAR WARS HANDBOOK #1; and material from STAR WARS TALES #10, #12, #15 and #23. RATED T