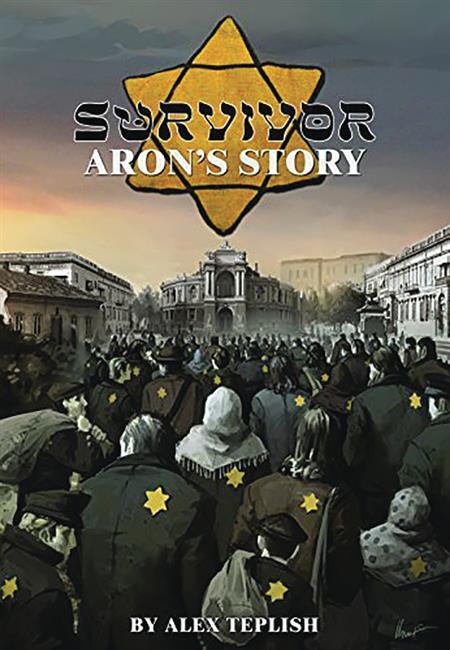 Aron considered himself a typical Jewish-Soviet boy, getting along with his Russian and Ukrainian neighbors while growing up in multi-cultural Odessa of the 1930s. Life didn't come easy to his Yiddish and Russian-speaking family, but they got by, assimilated to their surroundings. As the 40s approached, Nazi Germany began its march across Europe, with the extermination of the Jewish people as one of its aims. Allied with Romania, the Nazis now set their sights on the Soviet Union, fighting the Red Army for territory while committing mass atrocities against the Jews and other people they deemed 'unfit for life'. Living through the Odessa Massacre, Aron, his two brothers, sister, and parents were expelled from their home city, struggling to survive the Holocaust perpetrated by the German and Romanian Army along with their local collaborators. The first part of this book shares Aron's experience of living in Odessa, Ukraine (part of the former USSR) and his survival as a teenager under the Romanian/Nazi occupation during WWII. Aron's story, visually depicted here in the graphic novel form, allows us to experience the events first hand, through the eyes of young Aron himself, while learning about one of the least documented episodes of the Holocaust. The second part of the book delves deeper into the history of the Jewish Diaspora, connecting this historical background to the roots of Jewish persecution, World War II, and the Holocaust. Many of the events from Aron's life presented in this book have been translated from his interview to the Shoah Foundation, founded by Steven Spielberg.