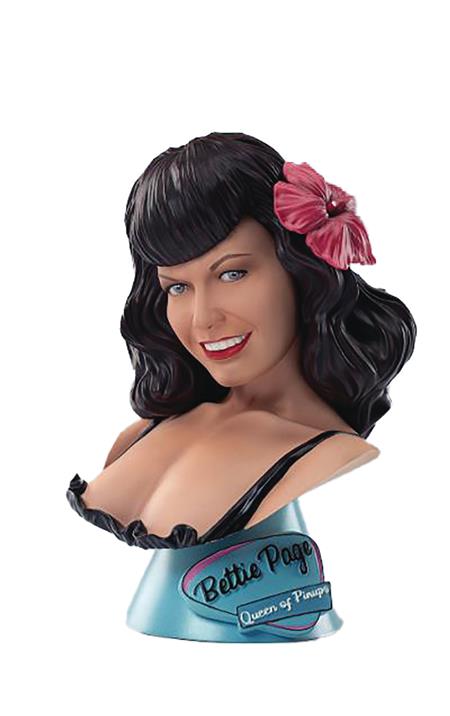 From Executive Replicas. Sensual, Sexy, Erotic, Sadistic, Play-mate, Uninhibited-these are just a few names to describe the Queen of the Pin-Ups, the one, the only Bettie Page. Born April 22, 1923, Bettie didn't start her modeling career until 1951. With her striking looks and expressions, along with her full-figured body, Bettie became known as the 'Girl with the Perfect Figure.' Posing for more than 20,000 photo graphs, Bettie also was a Playboy centerfold as well as a pioneer in the fetish themed photo shoots. With her departure from the pin-up world in the 1950's, Ms. Page vanished until her images resurfaced and began selling to a new generation of collectors and fans. This officially licensed and authorized, 3/4-scale polyurethane statue bust of Bettie Page stands approximately 5' L x 4' W.