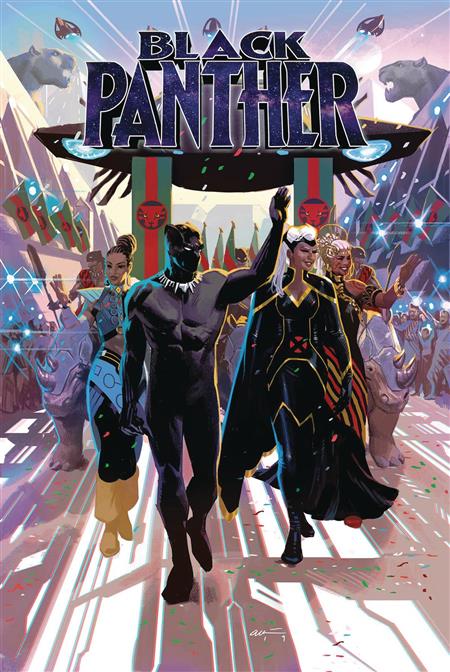 Has T'Challa learned what it means to be king just in time to lose his kingdom? Weeks ago, the Black Panther disappeared on a mission into deep space, leaving behind his country, his family and the woman he loves. Now, at last, find out what Wakanda Prime has done without its king! And light-years away, as the race against Emperor N'Jadaka's expansion continues, the goddess Bast makes a dramatic move and T'Challa reaches out for the life he left behind! The Maroons are looking to turn the tide, but when N'Jadaka comes for his revenge, will T'Challa's plan be enough to free those the Empire has enslaved and open his pathway home? And even if he can, can he truly rid himself of the Intergalactic Empire and its despotic ruler? Collecting BLACK PANTHER (2018) #13-18. Rated T