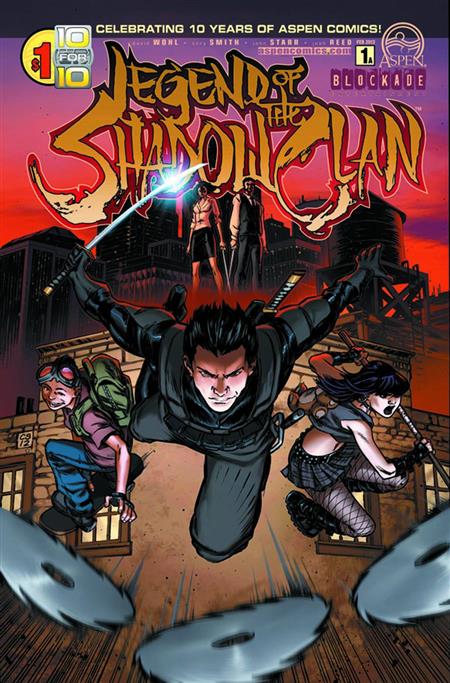 Aspen's Ten Year Anniversary kicks off with the debut of LEGEND OF THE SHADOWCLAN! Meet the Arashi family. They are like any other family living in the city: kids in school, parents working to make ends meet. But unbeknownst to even them, their ancestors held a dark secret: they were a clan of ninja in feudal Japan, in the employ of a prominent leader. But when that leader was murdered under mysterious circumstances, the Arashi Clan was blamed, and forced to flee, going into hiding. Over the centuries, the descendants lost track of the ancient ways. They came to America, abandoning their sordid past to distant memory. However, recently, their secret has been discovered--their ancient enemy has returned, and won't rest until every member of the Arashi clan is killed. Now, the Arashi family must rediscover their long-forgotten birthright if they hope to have any chance of surviving the onslaught to come, and along the way, they will learn the LEGEND OF THE SHADOWCLAN. Writer David Wohl is joined by the artistic talents of Cory Smith and colorist John Starr, as they bring to you the thrilling new adventures of the LEGEND OF THE SHADOWCLAN!