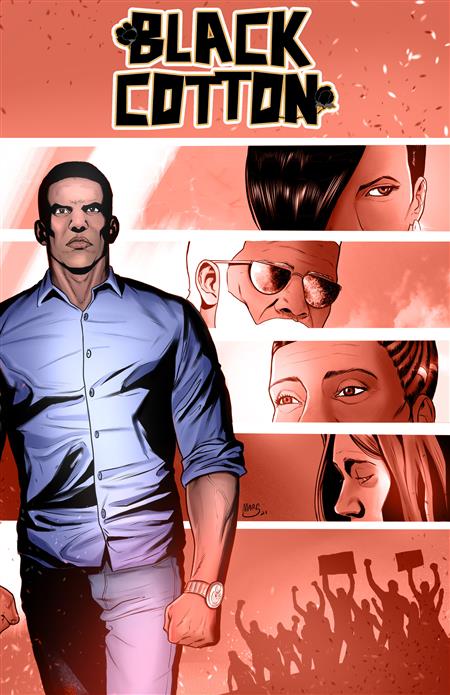 Set in an alternate reality where the social order of “white” and “black” is reversed, when it comes to social standing and class, the Cottons are at the top of the food chain, part of the One Percent, and are seemingly untouchable. However, that all changes when Zion, their police officer son, who decided to not follow in the footsteps of his father and matriculate towards running the family business, is involved in the shooting of a minority white woman. In a reality similar to our own, social tensions are already high, race is a hot topic, and the call for equality between white and black is aggressively being pursued. Thus, Zion Cotton shooting Elizabeth Nightingale, a twenty-something college student on scholarship for track, ignites their city in a fury of protests and a call for action against racial injustice. Led by the family’s patriarch, Elijah Cotton, and matriarch, Jaleesa Cotton, the Cottons are thrusted into the middle of a highly controversial predicament and immediately attempt to use their wealth, prestige, and power to remedy the problem. However, while the youngest Cotton, Xavier, a teenager, actively protests the social injustices with his friends, the middle child, Qia Cotton, the acting CCO of Black Cotton Ventures, a multi-billion dollar manufacturing conglomerate, does damage control for her wayward brother. Ultimately, more division is created between both families as the Nightingales, unwilling to be assuaged, seek justice for Elizabeth, their daughter, who survived.