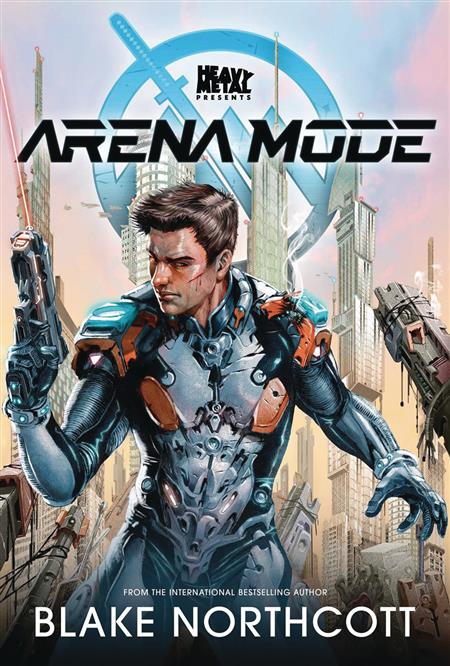 Superhumans live among us, but none of them want to save the world. Instead, they're competing in 2041's deadliest sport: 'Arena Mode'. Hoping to win enough money for life-saving surgery, Matthew Moxon enters the event ... but in a battle against superhumans, he's the only competitor without a super power. In 2041 superhumans live among us, but none of them want to save the world. Not that there's much left to save: sea levels are rising, the income gap is widening, and the rich live above it all in Manhattan's shimmering megatowers. Below in the Fringe, Matthew Moxon has done virtually nothing with his record-shattering IQ except catalog comic books and cheat at blackjack … until he discovers a tumor is pressing against his brain. Unable to afford life-saving surgery, Mox enters a deadly sporting event where superhumans fight for a multi-billion dollar prize. An expert at tilting the odds in his favor, Mox has a strategy, an inside track, and his friends to help. But in a competition with demigods, he's the only one without a super power … and he's armed with nothing more than his rapidly-diminishing brain cells. From acclaimed author Blake Northcott (DC Comics' 'Catwoman', 'The North Valley Grimoire') comes the international bestselling sci-fi thriller, ARENA MODE. Discover the series that has been nominated for the prestigious BSFA Award (Arena Mode, Best Novel of 2013), has been ranked #1 on Amazon in the US and the UK (Arena Mode, Superhero and Dystopian categories, May 2015) and is part of the high school curriculum in the state of Florida.